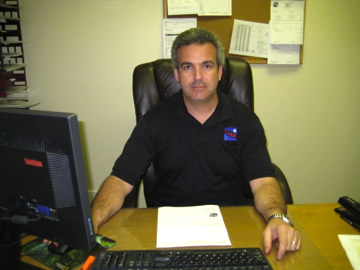 As a senior in high School I enrolled in a machine shop Course at SCROC where I learned the basic’s about machine shop. After Graduating North High School in 1985 I briefly worked as an apprentice mold maker where I learned how to operate manual mills, lathes and grinders. In 1986 I stumbled upon a machine shop located in Inglewood California called Cardic Machine who had a CNC apprenticeship program available. I started work immediately learning the basics of turning then later progressed to set-up and programming.

In 1993 I moved from our lathe department to our milling department where I stayed for another 7 years. From that point on my hard work and dedication propelled me to Production Manager, A position I held until 2006.

In 2006 I became directly involved with Quoting, Planning and managing our Aerospace customers. In just a few years I was able to triple our annual sales and increased our customer base ten fold.

After 25 years of employment at CMP I was promoted to Director of Sales allowing me to work hand in hand with our Broad Customer base. 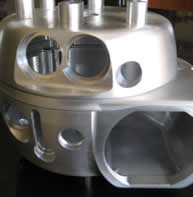 Each of our friendly staff members have over 20 years of experience in the aerospace, satellite, and space trade. At Cardic Machine Products our mission is to provide our customers with quality and customer service surpassing our competition. When you come to us you will find our staff to be professional, knowledgeable, courteous, and friendly.