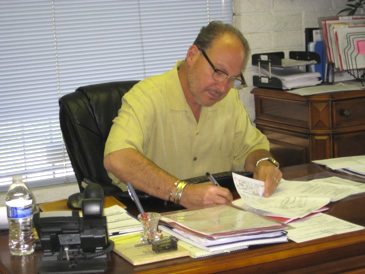 I began my studies in Mechanical Engineering in 1972. During the summer months while attending college, I would work in machine shops and loved machining parts from a piece of raw stock. After my studies, I furthered my engineering ability by enrolling in a Journeyman apprentice program in 1976 sponsored by ITT Corporation. That was it. I was hooked on machining parts.

After moving to California in 1980, I became interested in the high precision aspect of machining very close tolerance gages and complex parts instead of becoming enamored with the new craze of CNC machining. I accepted an offer to work at Jigmasters Tool and Gage Company. Besides Jig Boring and Tool design, my other duties included planning and estimating for new projects. And yes, I had to get involved in the world of CNC machining even though I didn’t care for it.

In 1987, I went to work at Superior Jig, Inc. as a Jig Borer Machinist eventually was promoted onto Estimating and Purchasing, then onto Vice President and General Manager in 1995. This eventually lead up to my finish there in 2010 as President of the company.

In 2011, my new career began as Owner of Cardic Machine Products, Inc.

Each of our friendly staff members have over 20 years of experience in the aerospace, satellite, and space trade. At Cardic Machine Products our mission is to provide our customers with quality and customer service surpassing our competition. When you come to us you will find our staff to be professional, knowledgeable, courteous, and friendly.